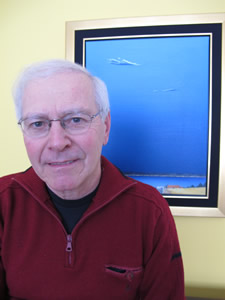 Professor Robert Ladouceur, APAGS Honorary President, is a Professor Emeritus at the School of Psychology at the Université Laval de Québec. He completed postdoctoral studies at Temple University in Philadelphia. During his academic career, he has published over 400 scientific papers and written or edited five books.

On two occasions, he was invited to present his work to the members of the United States Presidential Commission on the impacts of gambling. In 1996, he received a Research Award from the National Council on Problem Gambling, a distinction given to highlight the best researcher in this field. In 2003, he received the Senior Research Award from the prestigious medical school of Harvard University, being recognized as the most distinguished international researcher involved with research on problem gambling.

Professor Ladouceur has presented at conferences and led training workshops in several Canadian provinces, American states, and Asian and European countries, including Switzerland, France, Italy, Spain, Norway, Sweden, and Iceland. The treatment that he developed at Laval University in Quebec (Canada) to help pathological gamblers is now used in several countries, including Australia. This approach to the treatment of problem gambling has led to the establishment of the Quebec Centre of Excellence for the Prevention and Treatment of Gambling, with Professor Ladouceur as Director, and the publication of a volume entitled Understand and Overcome Gambling. This work has been translated into English (Wiley Press) and Italian.

The recent achievements of Professor Ladouceur include the publication of a model of responsible gaming, the Reno Model, created in collaboration with Professor Howard Shaffer of Harvard University and Professor Alex Blaszczynski of the University of Sydney (Australia). This model of prevention has already been adopted by courts and by several members of the gaming industry. In 2010, with Stella Lachance, he published two volumes for Oxford Press relating to the treatment of pathological gamblers entitled Overcoming Pathological Gambling. These books are now available in Chinese.