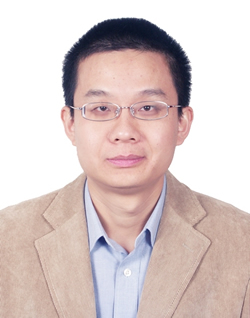 Professor Edmund Sheng (盛力) received his Ph.D. in Economics from the Faculty of Economics and Behavioral Sciences of the University of Freiburg, Germany, after graduating from Peking University, China. His research focuses mainly on tourism and urban political economy, as well as the political economy of international finance. He has published over 30 research papers in peer-reviewed academic journals, including 15 published in journals listed in the Social Sciences Citation Index (SSCI), and among them, ten were single authored and four were first authored. In addition, he has published one refereed monograph, one book that is a compilation of articles, three co-authored books, and over 70 newspaper and magazine articles. His social and academic service includes membership in the Public Services Evaluation Committee, Macao SAR Government (2007-2010); and Honorary Research Fellow at the German Academy of Real Estate, University of Freiburg, (2006-present), as well as serving as a reviewer for a number of academic journals listed in the SSCI.