Dr. Mark Griffiths is a Chartered Psychologist and Professor of Gambling Studies at the Nottingham Trent University, and Director of the International Gaming Research Unit. He is internationally known for his work in gambling and gaming addictions, and has won many awards, including the 1994 American John Rosecrance Research Prize for 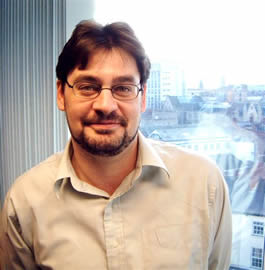 He has been the keynote speaker at national gambling conferences in the United Kingdom, the United States, Canada, Australia, Germany, Spain, Sweden, Norway, Denmark, Ireland, Finland, Poland, Italy, Holland, and Belgium. He has also given keynote addresses to the US National Academy of Sciences (Washington, DC) and the US National Center for Addiction (New York). He has also acted as a consultant for many government bodies, including the Gambling Board for Great Britain, Gambling Commission, UK Home Office, Department of Culture, Media and Sport, Department of Health, Victorian Casino and Gaming Authority (Australia), and various international governments (including the US, Australia, Sweden, Norway, and Finland). In 2004, he was awarded the Joseph Lister Prize for Social Sciences by the British Association for the Advancement of Science for being one of the UK’s “outstanding scientific communicators.” Other awards include the 2006 Excellence in the Teaching of Psychology Award by the British Psychological Society and the British Psychological Society Fellowship Award for “exceptional contributions to psychology.”