Dr. Katherine Spilde is a leading authority on government-owned casino gambling models with extensive research and practical experience in American Indian economic development and Tribal Government Gaming in the United States. With a PhD in cultural anthropology and an MBA in entrepreneurial management, Dr. Spilde has presented her public policy and economic development research to multiple international audiences in Japan, Macau, Hong Kong, Finland, Canada, France, Russia, and Portugal. She has also testified before the US Congress four times on such diverse issues as tribal land claims, federal recognition of tribal governments, and economic development. In particular, Dr. Spilde’s work focuses on ways to produce a “cultural match” between casino gambling policy, government structure, and popular understandings of the relationship between gambling activity, casino operations, and the public good. 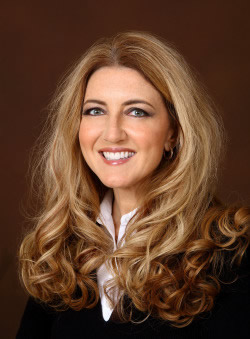 Dr. Spilde’s initial work on national-level gambling policy was as a staff writer for the National Gambling Impact Study Commission (NGISC), a federal body that produced a comprehensive analysis of US gambling policy for Congress and President Clinton in 1999. Following that work, she was appointed the first Director of Research for the National Indian Gaming Association (NIGA) in Washington, DC, where she worked with more than 184 tribal nations on economic development and tribal gambling policy. After creating the National Indian Gaming Library and Resource Center in Washington, DC, Dr. Spilde served as a Senior Research Associate at Harvard’s Kennedy School of Government where she incorporated tribal gambling into the school’s systematic investigation of economic development in Indian Country. In 2003, Katherine was recruited to California to serve as Executive Director of the Center for California Native Nations at the University of California in Riverside, where she organized the first statewide impact study of tribal gaming in California.

In 2008, Dr. Spilde was named the Endowed Chair of the Sycuan Institute on Tribal Gaming in the L. Robert Payne School of Hospitality and Tourism Management at San Diego State University, where she serves as an Associate Professor. In these roles, Dr. Spilde is responsible for teaching the gaming management and tribal gaming courses leading to the BS in Tribal Casino Operations Management and for managing the Sycuan Institute’s research and service agenda. Dr. Spilde also serves as Faculty Advisor for the Native American Student Alliance on campus, and in 2011, she was chosen the Most Influential Faculty Member in the College of Arts and Letters.

Dr. Spilde has received numerous awards for her work in gaming. In 2010, she was named one of the “Twenty-five People to Watch in the Gaming Industry,” by Global Gaming Business Magazine. She was presented with the Chairman’s Leadership Award by the National Indian Gaming Association (NIGA) in 2008. In 2007, she was named one of Ten “Great Women of Gaming” by Casino Executive Magazine, and in 2003 she was honored as one of the “Top 10 People in Gaming Under 40” by Global Gaming Business Magazine.