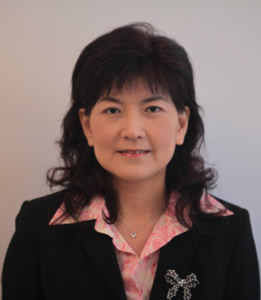 She has conducted research on the use of casinos as a tourism development tool, the economic and social impacts of casino gaming, and tourist/player behaviors in various national and regional contexts. She has obtained numerous extramural and intramural grants and has over 180 refereed publications.

She has served as a consultant to various gaming, tourism, and hotel organizations, such as the World Tourism Organization and Garden Hotels in Guangzhou. She has also been invited by various tourism bureaus and hotel associations to provide an assessment of the potential impacts of legalized gaming in their respective jurisdictions. Furthermore, she has conducted training and strategic planning sessions for gaming operations in recognizing and preventing problem gambling.

In the past few years, she has been invited by various organizations in Taiwan to conduct seminars related to gaming legislation, development, and management. She was appointed by Taiwan’s Ministry of Transportation as an expert to the Project Audit Team for Gaming Regulation Development.

Professor Hsu is the Editor-in-Chief of the Journal of Teaching in Travel and Tourism. She also serves on eight journal editorial boards. She received the John Wiley & Sons Lifetime Research Achievement Award in 2009 and the International Society of Travel and Tourism Educator’s Martin Oppermann Memorial Award for Lifetime Contribution to Tourism Education in 2011.